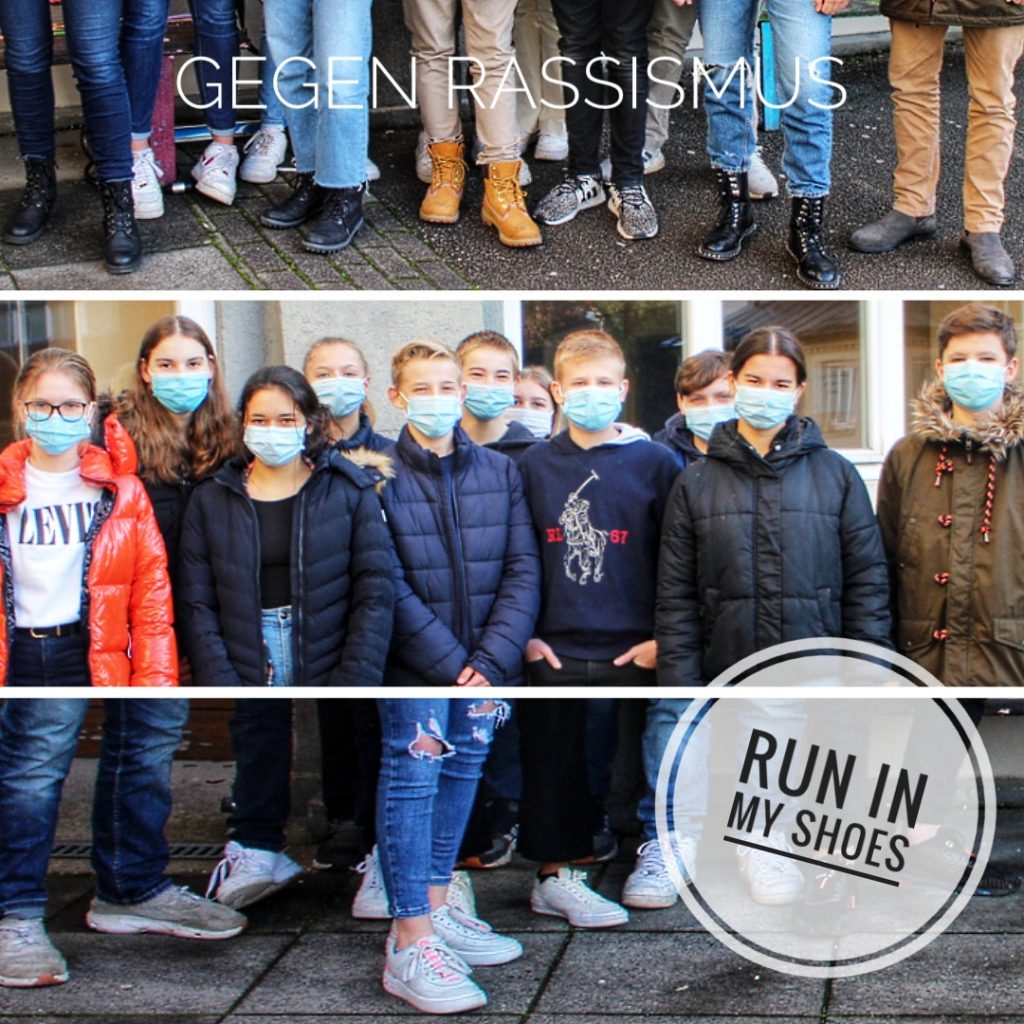 “Our Diff course participated in a workshop that is called ´Run in My Shoes‘. Our first day started at nine o‘clock in our classroom. Three students, whose names are Halime, Charly, and Ebru, welcomed us and the first thing they did was to play a game to get to know us. Everyone wrote answers to four questions on a piece of paper. The questions were: ‘What would you stand up for?’ ‘How do other people describe you?’ ‘What makes you upset?’ ‘With whom would you like to swap for a day?’. Then they read out every piece of paper and we had to guess who the paper belonged to.

After that we played another game. They asked us questions and if something was true for us, we had to stand up. After a break they gave a presentation about the different types of anti-Semitism. We watched a short video about the ‘Nahostkonflikt‘, too, and discussed it. After a second break we came up in small groups with our own conspiracy theories. The theories were then presented to the course.

Our second day started at 8:15 in our classroom. We started our day with a little warm-up. After that we showed our projects to each other, which we had done in our school lessons before. After a break we did a game outside, which is called ‘The Privilege Walk’. Everyone got a piece of paper which told you what kind of person you were. We went a step forward if we had certain privileges.

What I really liked about the workshop was that we were able to participate actively, though it wasn’t always that easy because of Corona. I found the exercises were very varied and you could understand things very well. I also liked the group work very much and I also found the exercise outside very interesting. The students were very nice and dedicated, too!  All in all, I learned a lot of new interesting things that I didn’t know before.

What  I missed a little bit was getting tips on how to help other people who are affected by racism. My conclusion is that I enjoyed this workshop very much! It was a lot of fun, of course also the cocoa and chocolate kiss breaks. Everybody was very nice and it was a good atmosphere. I would like to do another workshop like this!

About the ‘Privilege Walk’:

“On Friday we tried to put ourselves in the shoes of people of different social groups – rich and poor, foreigner and German, invalid or healthy and so on. We took on different social roles and had to take a step forward if a statement that the students spoke out was true for our role.  It was quite interesting to see at the end how different the social positions were. Even if everyone should be equal, not everyone is actually equal in society, because some have privileges and advantages and some are disadvantaged just because of their skin color or culture.”

“Even though we couldn’t play as many games as we could have (because of COVID-19) I had a good time. In one of the games we had to “act“ like another person. I was a 40-year-old homeless guy. The students read out questions and if you could answer Yes for your character, you had to take one step forward. In the end I only took one step while others were way ahead of me. This shows how big the difference is between people: their skin color, their religion, their looks…”

About the Group Discussions:

“I would haved wished for more group work, because the students said that we would do much group work, but I can totally understand that this was not possible because of Corona. I would have also liked it if we had talked more about the reasons why people are racist or have prejudices against foreigners. I liked it that we talked a lot about current themes like anti-Semitism and racism and discussed about different opinions without being offensive. I liked the project very much; it was much more interesting than regular classes and I personally learned much more than from reading long texts and writing exercises.”

“I really liked the day when we talked about discrimination and racism, because I think that this is a very important and interesting topic. Racism should be stopped, because many people suffer from it. It was also very helpful to see how many forms anti-Semitism takes. It was kind of shocking to me.” 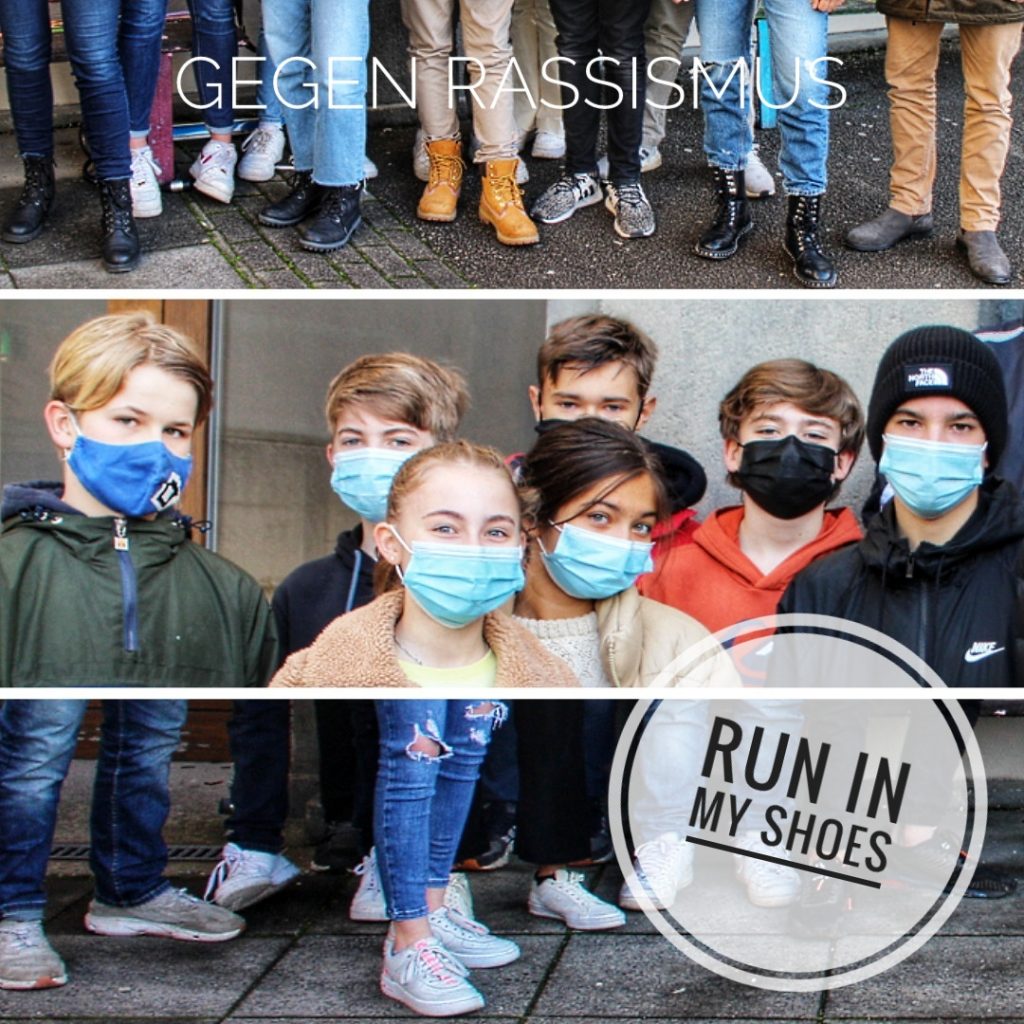