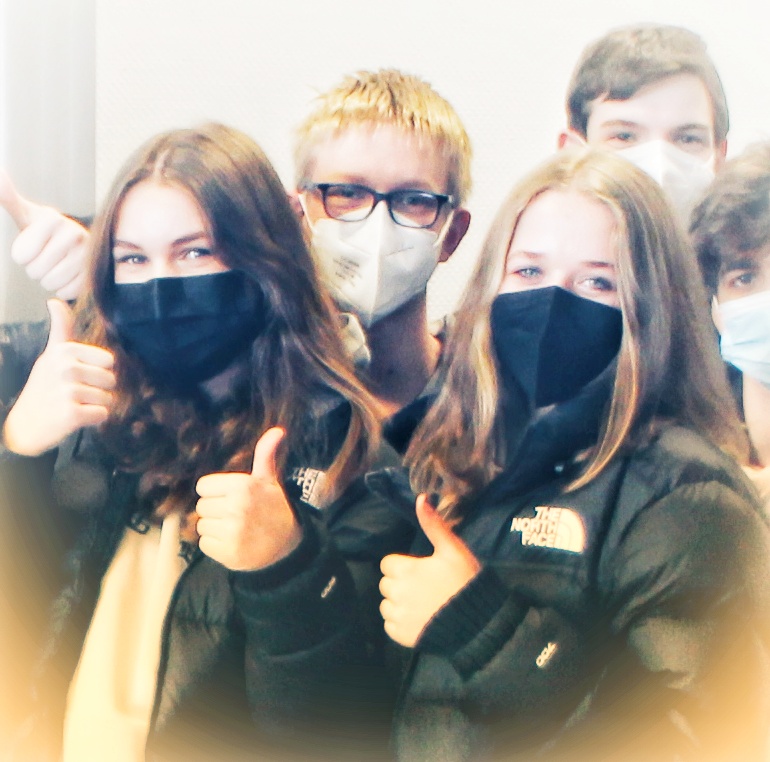 “We teach girls that they can have ambition, but not too much … to be successful, but not too successful, or they’ll threaten men”, so die nigerianische Autorin Chimamanda Ngozi Adichie in ihrem TED-Talk “We should all be feminists”, den inzwischen Millionen Menschen im Internet gesehen haben. 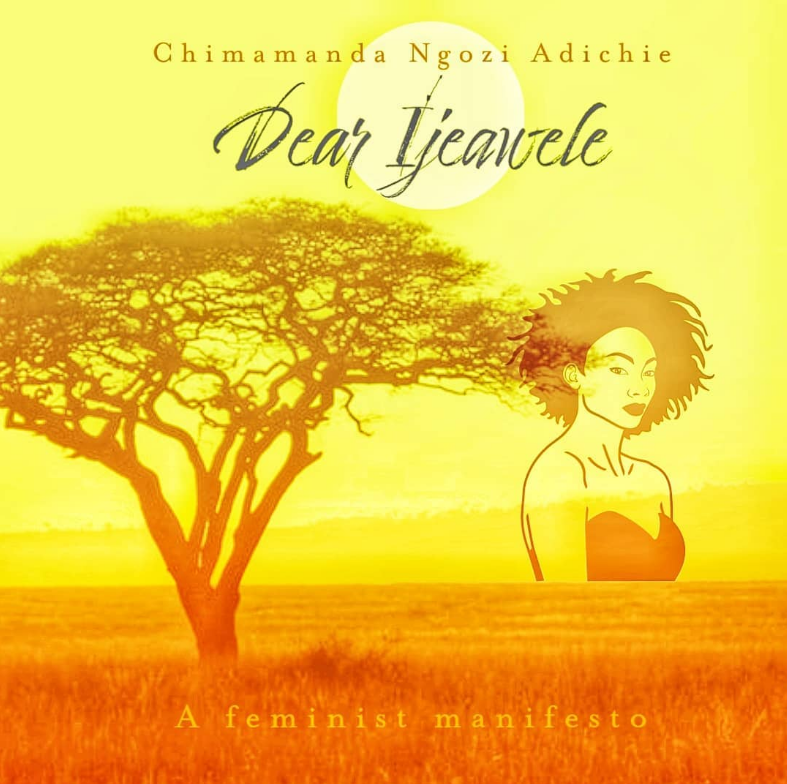 Dear Ijeawele – A Feminist Manifesto in Fifteen Suggestions by Chimamanda Ngozi Adichie is not only a guide for today’s women on what to change in contemporary society, but also for men on what to change in their doing and thinking. The book was published in 2021 by the Klett Verlag and is the unabridged English original with annotations.

The 58-page long, paperback is a slightly modified version of a letter Adichie wrote to her friend Ijealwele as an answer to the question of how to raise her [the friend’s] baby girl a feminist. The author tells us she didn’t know at first what to answer, but then decided to write the personal letter.

At the beginning the author introduces her two feminist tools, the key questions of “What’s your premise?” and “Can you reverse X and get the same results?”. She uses these tools to determine the best answer or action for every situation, because “feminism is always contextual”. In the following 15 chapters, she makes 15 suggestions about how her friend should raise her daughter Chizalum, what to teach her and what to tell her to aspire to, all by applying the two fundamental feminist tools. Each suggestion is about a defined topic, on which Adichie explains her opinion, gives examples, and shows us how to act. From talking about being “a full person” (Chap. 1), over “Feminism Lite” (Chap. 4) and its dangers, the importance of “reading books” (Chap. 5), the roles of “language” (Chap. 6) and “marriage” (Chap. 7), “sex” (Chap. 12) and “romance” (Chap. 13), all the way to “difference” (Chap. 15), she covers a wide range of feminist topics.

The author Chimamanda Ngozi Adichie was born in Enugu, Nigeria, in 1977 as the fifth of six children to Igbo parents. She studied medicine for one year in Nigeria, but at the age of 19 left for the US. She graduated from Eastern Connecticut University with a degree in Communication and Political Science and completed a master’s degree in Creative Writing at Johns Hopkins University, Baltimore. Her first novel “Purple Hibiscus” was released in 2003 and was awarded the ‘Commonwealth Writers’ Prize for Best First Book’ in 2005. She calls herself a “happy feminist” and received worldwide attention after her TED talk “We Should All Be Feminists” (2012), which was published as a book in 2014.

The content of each of the 15 suggestions is strictly defined, but Adichie gives many suitable examples which allow the reader to fully understand her opinion. She uses simple explanations for unexpected examples, the meaning of which the reader may not catch at first. For example, when suggesting that as an ultima ratio, Ijeawele should pay her daughter to read books, Adichie explains to us that it may be “an expensive endeavour […], but a worthy investment”, the same way as sending children to school or sponsoring their driver’s license.

By using a letter format, the book develops a strong personal note and a logical context: when raising a child from their birth, we have all the opportunities to influence their development, minds, thoughts, decisions and of course their attitude towards feminism in the future.

At first glance, as a teenage boy I didn’t think the book would be useful for me, but it turned out to be different.

With her suggestions, the author gives her friend a “tutorial”. Because I’m neither female, nor have a baby girl, I am reading the book from a “third person’s view”, something most readers at my age will know only from videogames. Not only does Adichie suggest what a girl/woman should (not) do, but also what she should expect from men. By reversing that, you see what men should do. For example, Adichie says a woman should care of a child together with her husband and she should not need to ask him for help. In reverse this means he should just take care of the child, even without her asking him to do so. In addition to this, many of the suggestions are universal and should not only apply to feminists but to all humans. Her ideas that reading books is important (Chap. 5), that everyone should form their own identity and opinion (Chap. 9) and that we need to accept difference as a fundamental structure of society (Chap. 15) don’t stop at “gender boundaries”.

In addition, by speaking from an Igbo-(Nigerian) perspective, Adichie is automatically distanced from all the “white/western gender stereotypes”, which allows us to question our own stereotypes. And in the end, this gives us the opportunity for thinking impartially about our own standards.

The book is written in an easy-to-understand language, with all important technical and specialist terms explained in the annotations. As they are all in English, the book can be used in any English class, but I would recommend it for students with English as a second language above the age of 12. With English as their primary language, students are of course able to understand the book at an earlier age. Due to the strict division into 15 chapters, each of which can be treated separately and without major connection to the others, the book is very suitable for a jigsaw reading activity in which every group works extensively on their own chapter. The fact that the book is only 58 pages long makes the book suitable for a short project, which can be covered within a few lessons.

The nine picture pages about powerful women and women’s history at the end of the book are more of a nice addition than a source of essential information. What is more useful is the timeline of women’s rights on the last page. It shows nine important events in the suffragette’s history, from “New Zealand as the first country in the world to grant women the vote in 1893 to Zimbabwe’s Constitutional Court ruling that no one may marry before the age of 18 in 2016.

All in all, I would recommend the book to everyone who wants to find out more about being a feminist or who would like to try to become one, but also to all those who just want to know what feminists try to communicate to us. As a school project the book can be integrated very well into the topic of “Gender equality”, as single or group work, which can be covered within 10 to 15 lessons (and additional reading time at home).