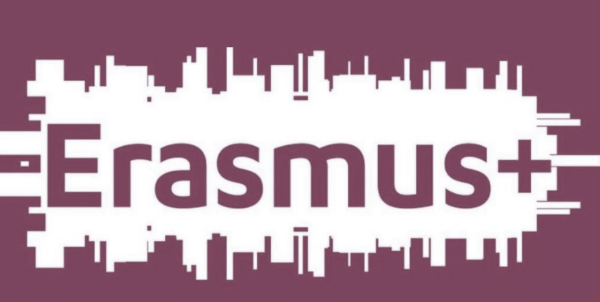 Thirty students from Croatia, Denmark, Germany, Poland and the Netherlands met on Monday, 6th March 2017, at Rotterdam International School to get to know each other and discuss a most ambitious project: making a WWI documentary with a special focus on technology and science. On the same day they left the Netherlands again and set off by coach to Belgium. 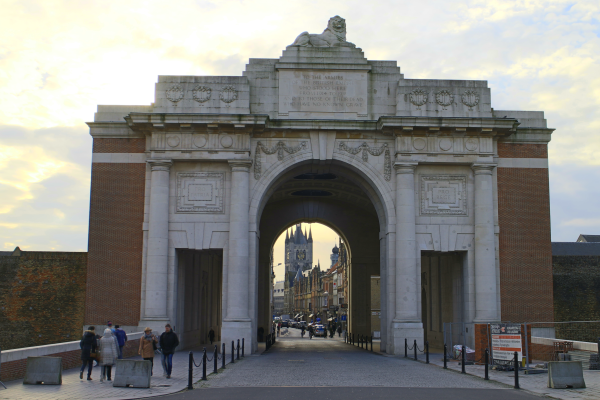 Four hours later the Erasmus group arrived in Ypres. Like most visitors they passed through the main town gate, which serves as a war memorial for soldiers who fought at Ypres between 1914 and 1918 and whose graves are unknown to this day. 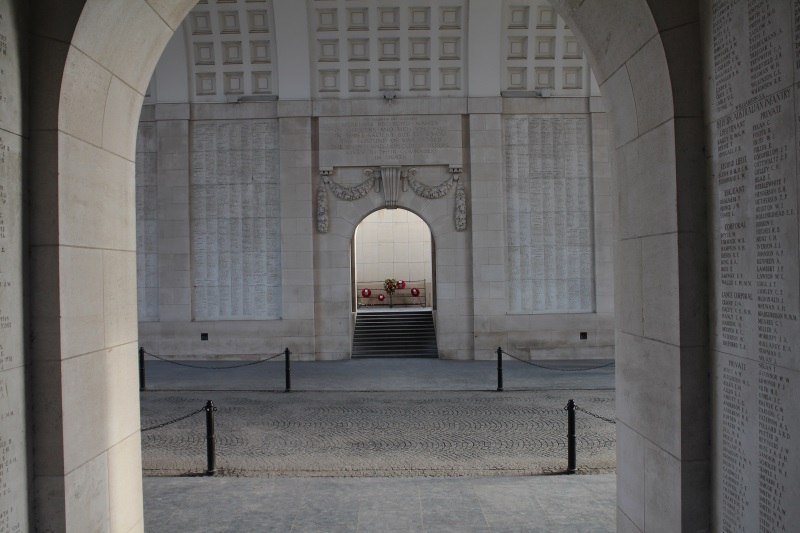 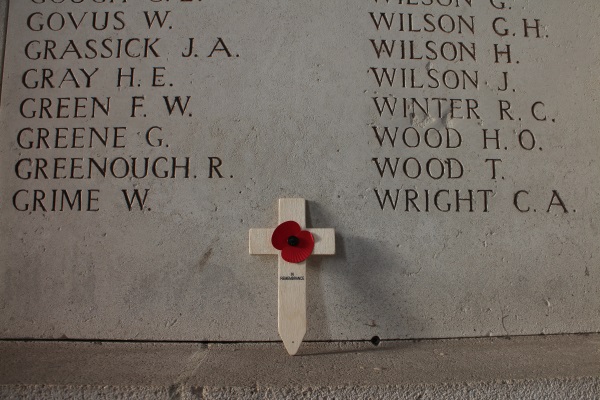 After the end of WWI Ypres lay in ruins. The medieval cloth hall was rebuilt and is today home of the In Flanders Fields Museum. 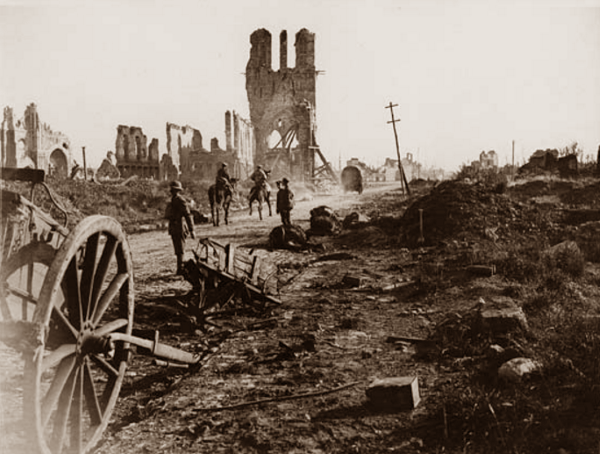 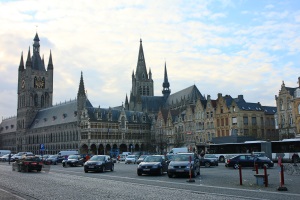 The museum is usually closed on Mondays, but thanks to the initiative of Carolyn McNanie Moschopoulos and the dedication of the museum’s educational team the Erasmus students were given exclusive access to the exhibition and had the opportunity to interview experts. The German group filmed their interview about the use of chemical weapons and the development of  gas masks in the museum’s cafeteria. 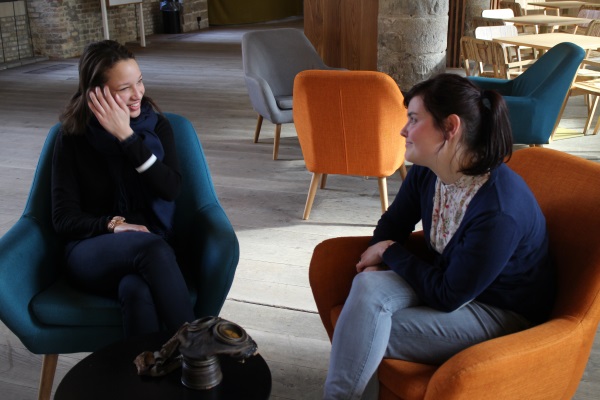 The interview was conducted by Kim Obermayer, Year 11. 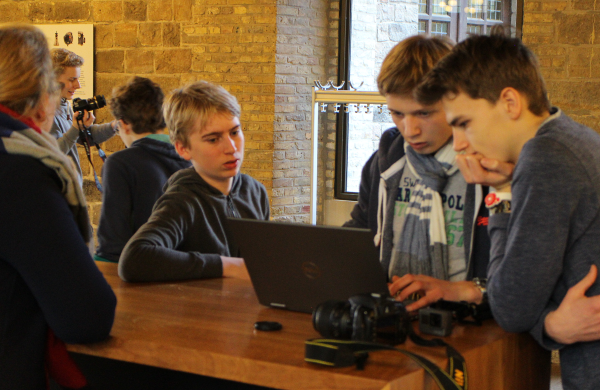 In the background the film crew, that is Hendrik, Patrick, Benjamin, Philipp and Dennis, kept checking camera angles, lighting and sound. 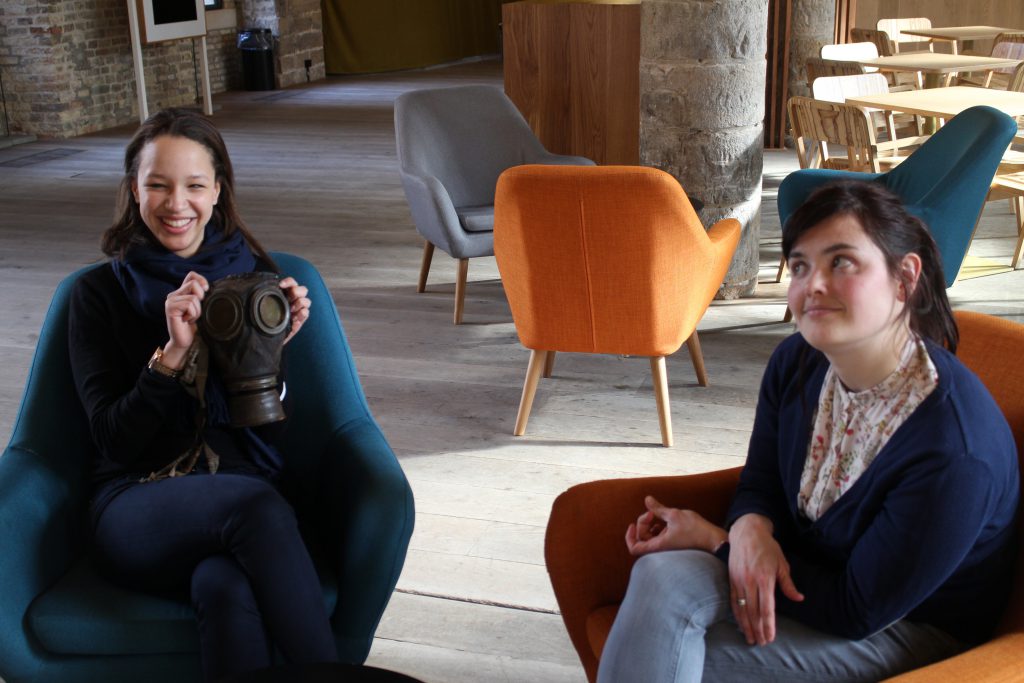 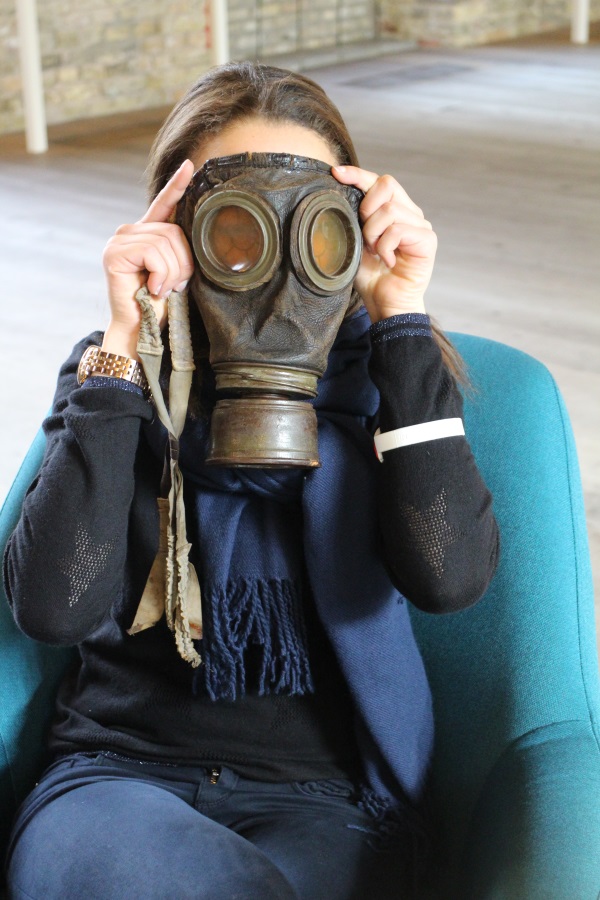 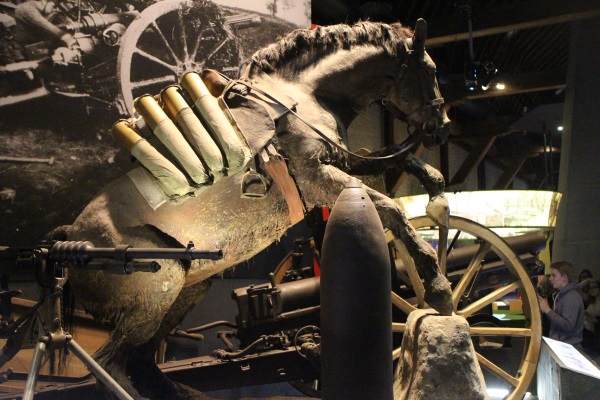 After the interview the students explored the exhibition, which reconstructs war scenes from the battlefields in Flanders… 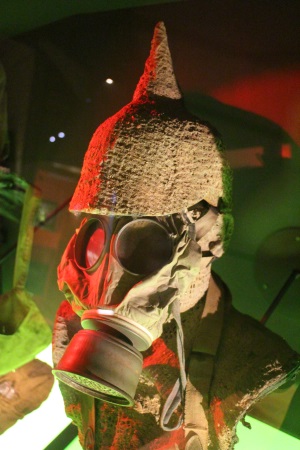 … and uses green and red light to symbolise the approaching gas clouds and the bloodshed.

At the end of the first day everybody felt like having just travelled through time. The next day, however, was to bring even more new impressions at places that made history come to life.
…………………………………..

Destruction at Ypres, France, during World War I. [Original reads: ‘OFFICIAL PHOTOGRAPH TAKEN ON THE BRITISH WESTERN FRONT IN FRANCE – The Cloth Hall at Ypres again the centre of interest.’] This may be used under the Creative Commons Attribution 4.0 International Licence